I’m referring to the new series that came out on Netflix recently: Requiem. Major spoilers ahead!

I love horror, but I don’t like being scared (yeah). So I always have to make a trade-off when I indulge in the genre. I’m not a fan of movies like Saw, but I enjoy series that have fantasy elements blended with psychological undertones. So Requiem was a good choice for me – it had psychological aspects (albeit transparent), and managed to scare me but not too much.

The first thing I want to talk about is the music. It was great. Dominik Scherrer composed the soundtrack, and as I write this, I’m listening to it on Spotify. It’s haunting, creepy, and somehow still entrancing. It suited the themes of the show, and added to the fear I felt watching it. I also think that because the main character is a cellist, Scherrer mixed in classical elements to the score. The piece names all appear to be in Welsh, as well.

Which brings me to my next point! The series is based in Wales. I like Wales. I’ve been there once, and I loved it. The history of Wales is fascinating, too. In a UK history course I took in university,  my professor frequently brought up the 13th century conquest of Wales. He mentioned the poem the Bards of Wales, which details the story of the legendary suicide of the last bard of Wales. The bard curses the Edward I and his family line for the burning of 500 Welsh bards before he jumps off a cliff (I believe?). My professor stated he believed this “curse” was real in that the final member of the Edwardian royal family line, Richard III, died in a brutal way. Moreover, until recently, Richard III was regarded as the boogeyman thanks to Tudor propaganda. Pretty awful way to be remembered, so perhaps the curse worked? 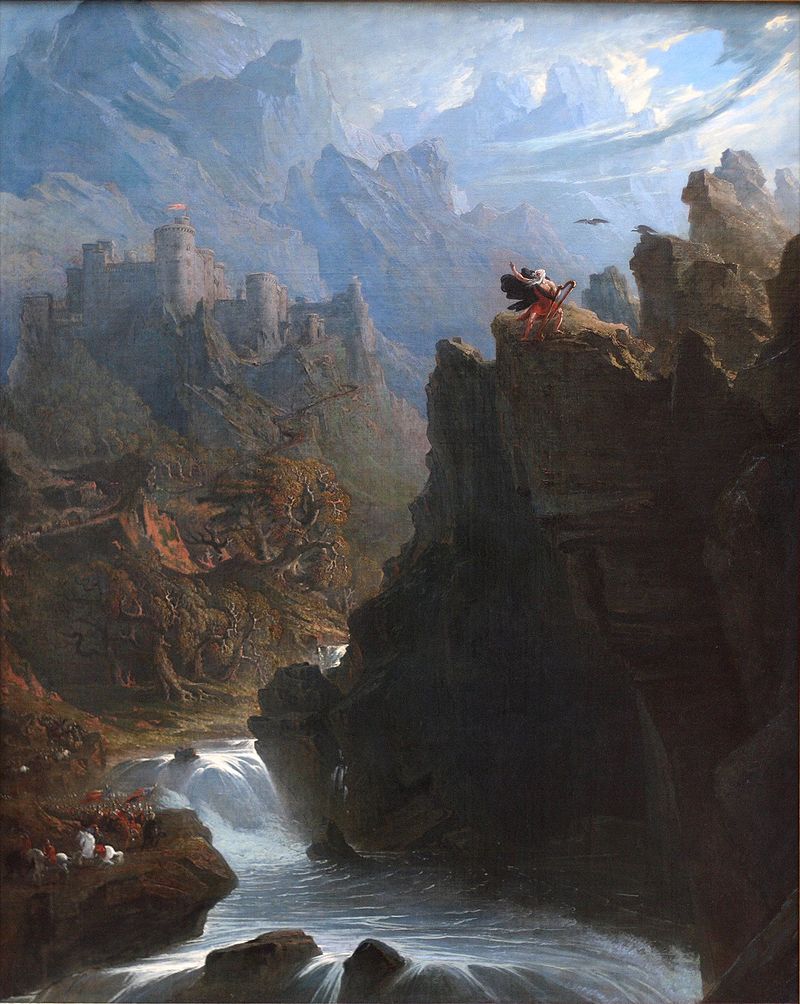 In Requiem, the idea that Wales is a powerful place, specifically Penllynith, ties nicely into the supernatural undertones of Welsh history and the themes of the show. Personally, I was excited to see Wales in the show and hear people speak Welsh. Maybe there’s a bit of bias own my part, but I thought it was really cool (people from the UK rolling their eyes at me for being a North American fangirl buying into the stereotype, but roll away, guys. Wales is awesome!).

The visuals of the show were great, too. The choice of Lydia Wilson to play Matilda Grey was smart. Her silvery blond hair, pale skin and large, dark eyes stand out against the grim backdrops of the old mansion, the grey skies, and the comparatively plain villagers. It made me think “yeah, there is something otherworldly about this girl.” Additionally, the bright green hills and the forests of Wales were surreal, demonstrating the power of the area. The colours, the music, and the idea of Wales sucked me in, even if the story was weak at times.

So what made the story weak? In my opinion, it isn’t all terrible. It just had some growing pains. I like British television, in that it doesn’t scream stuff in your face like “WHY ARE YOU DOING THAT? DON’T YOU KNOW THAT DOING THAT WILL LEAD TO X, Y AND Z WHICH WILL CAUSE THE WORLD TO END?” It isn’t obvious and there generally isn’t any hand holding. A lot of times, you have to infer things and use your own judgment to discern the plot.

I did, however, find that there was a bit more telling rather than showing in Requiem. Hal and Nick (two male characters) do Matilda’s bidding without question, and if you aren’t able to deduce that it’s because she’s beautiful, the other characters will tell you that. Oh, and Trudy telling Hal and Matilda over and over that everyone hates them in the village when it’s pretty clear that they do … Nick manipulating Matilda and acting strange, but constantly letting you know he has money problems. Why not just show him being shady and reveal at the end that he was forced into things, and let the viewers try to make up their mind for themselves? Meh, maybe I’m just nitpicking, but I love the grey elements of British television and I found they weren’t as strong as they usually are in this show (not to say that they weren’t there at all).

It was also easy (for me) to figure out that Matilda wasn’t crazy. I love plots that make you question the character’s sanity. The OA did this well – by the end, you aren’t really sure if she was telling the truth or not. Requiem made it way too clear that Matilda wasn’t nuts. She was falling apart and perhaps a bit mad, but she wasn’t insane for pursuing what she thought was the truth (and it turned out to be that, too). She looked unhinged to other people, but there were too many obvious hints that she wasn’t. Again, telling and not showing.

In addition to this, the concept of a cult being behind the madness is a bit overplayed. I wish that it wasn’t an “archangel” that was being summoned, either. This made me cringe and I don’t know why. Maybe because it’s cliche? I also think my bias is coming out, in that I really don’t like Tara Fitzgerald. Not gonna lie, her being the ringleader of it all made me roll my eyes a bit.

She’s coming to get you with her bad hair extensions and crystals!

All in all, I liked the show’s construction, but the story needed a bit of work. The ending was good, and I enjoyed the brief snippet of Matilda killing the people who tormented and betrayed her (revenge, yes!). The visual aspect of her possession was also creepy and beautiful, so well done. I hope they produce a second season because I’m curious to see where it all goes.